10 destinations not to be missed in Jerusalem

The Wailing Walls, the Israeli Museum or the Armenian towns are all places to visit once in the holy land. 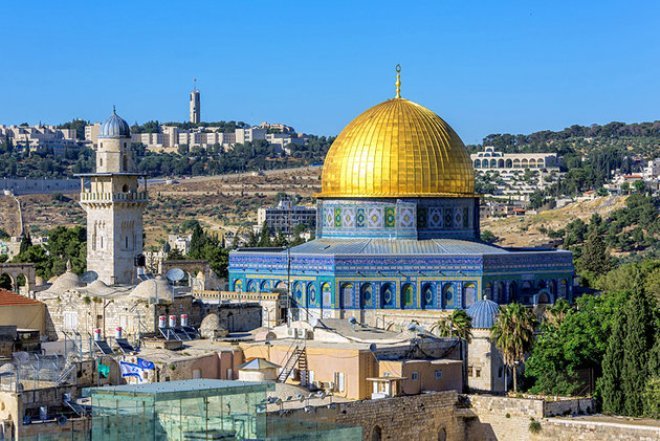 Haram Al-Sharif also known as Temple Mount is located southeast of the city of Jerusalem. There is a temple with gold-plated domes, the most famous symbol. Beneath the golden dome is a sacred stone, where Muslims believe that the Prophet Muhammad returned to heaven after his death. Note that visitors to Haram Al-Sharif who are not Muslim can only enter inside by the western gate. 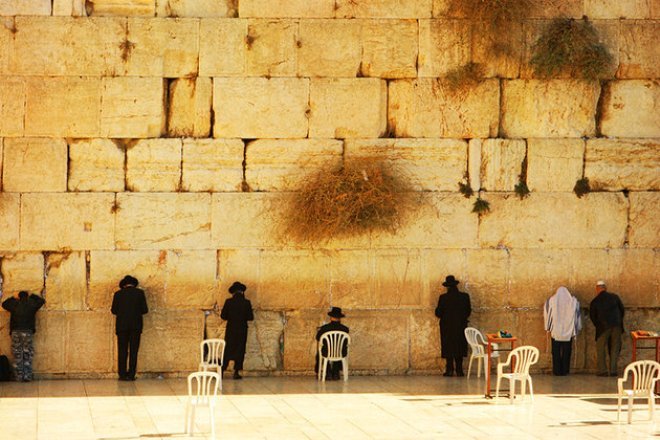 The Jews worship this place because it is the only remaining part of a historical monument and their pride. Every year the wall still welcomes Jews from around the world to come and pray. They kissed the wall, holding the bible in the sacred and silent atmosphere. 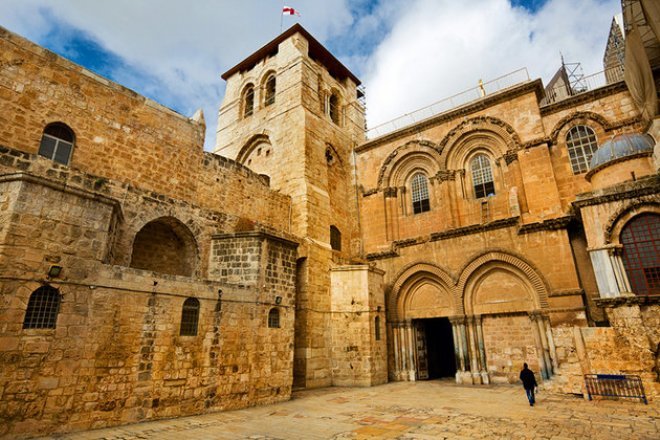 Church of the Holy Sepulcher

For Christians, the Church of the Holy Sepulcher is the holiest place in Jerusalem. This is also where they believe that Jesus was crucified. The church was first built in 335 AD and was demolished in 1009 and the large cathedral you see today was rebuilt in the 11th century. It is also home to a huge number of pilgrims from around the world. , Mo Thanh Church is a religious work, with a beautiful inner architecture. 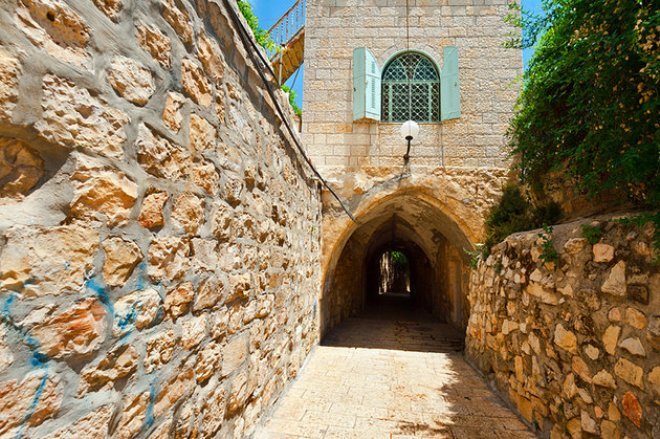 As one of the main streets of the Old City in Jerusalem, Armenian is located in the southwest, visitors can go through Zion and Jaffa gates to get here. Located between narrow alleys, St Jame's church and St Mark's chapel also attracts many visitors. Armenians have been a part of the Jerusalem community for centuries, having been here since the 5th century. This neighborhood is a good place for travelers to wander, away from places with too many pilgrims. 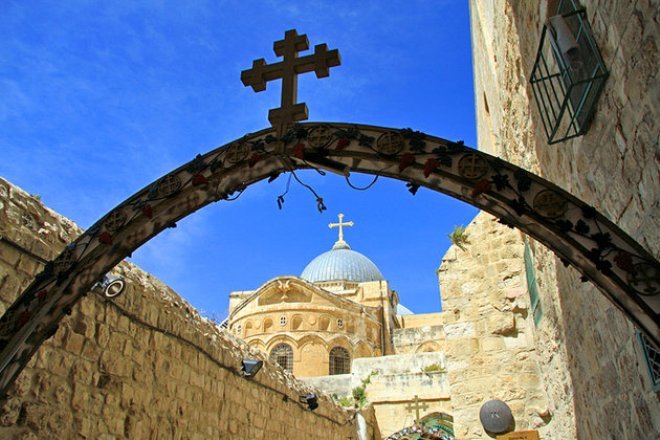 This is a path named after Jesus' suffering journey located in the Old City of Jerusalem. This road is easy to visit, especially on Fridays visitors can participate in the procession of the Fanciscan monks. This procession takes place every Friday starting at 3pm (October - March) and 4pm (April-September) at the first stage of the road. The current Via Dolorosa was founded in the 18th century and consists of 15 routes, 5 other are located in the church of the Holy Sepulcher. 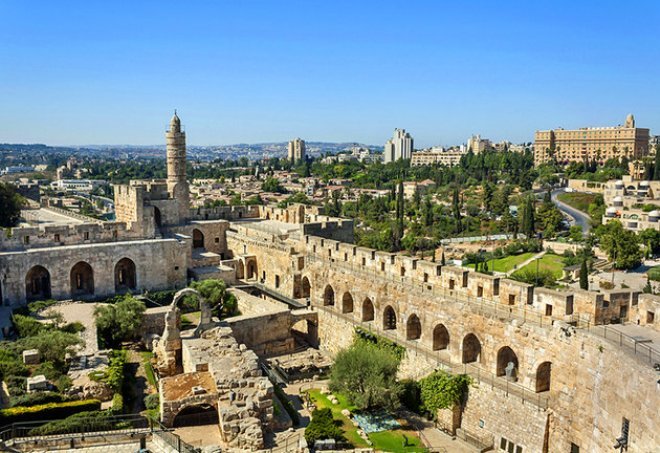 This place is also known as the Jerusalem Citadel (Jerusalem) located on the western edge of the Old City. The building was first built around 24 BC, under the reign of Herod, but has been repeatedly destroyed and rebuilt. The Tower of David is today seen from the 14th century on the basis of an old building. Visitors can climb to the highest place to see the most beautiful corners of the Old City. Here evenings, Sound & Light shows (Sound and Light) are held. 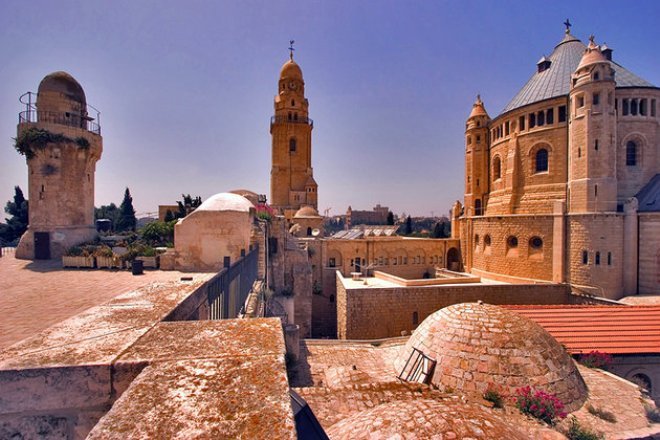 This area is located in the north of the Old Citadel, the entrance is Jaffa gate, right near the church of the Holy Sepulcher. Hidden in these corner streets are souvenir shops and other beautiful churches for visitors to explore. Some stops for guests in the Christian neighborhood are Ethiopian monastery, Lutheran church of the Savior, St John's church ... 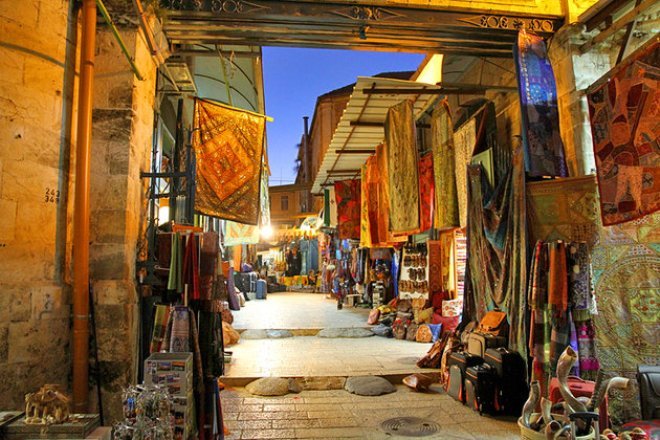 Stepping through the Damascus gate northeast of Old Jerusalem, visitors seem to get lost in a maze of food stalls or handicrafts. If you wander the streets of Antonia you should not miss the beautiful church of Anne or the ancient ruins of the nearby Bethesda pool. 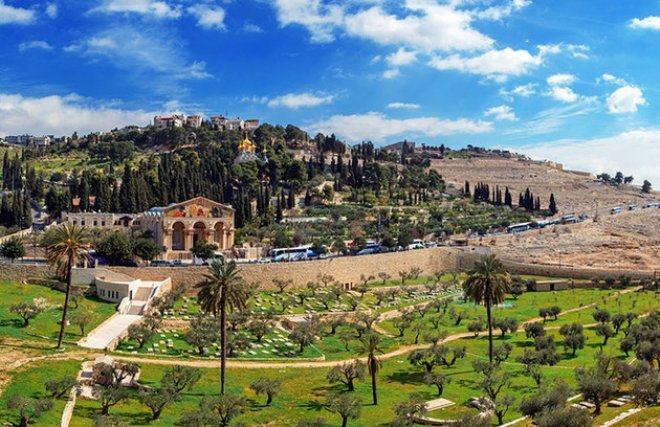 Mount Olives is also an attraction for pilgrims, but even non-religious people can come to see the Ancient City with a wide view from the top of the mountain. 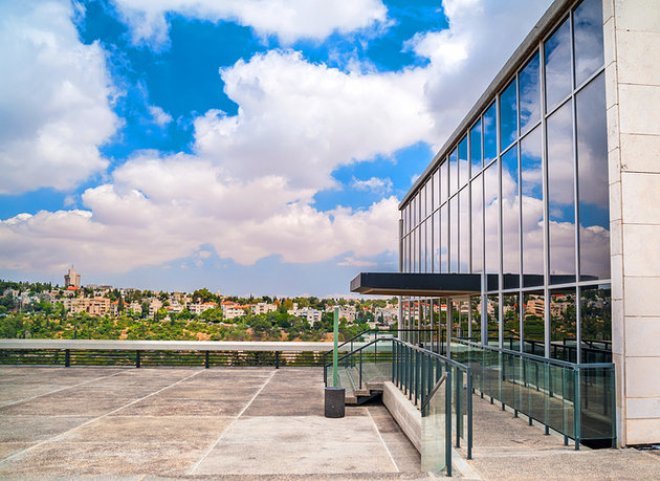 Open since 1965, this museum complex is the only place in Jerusalem that gathers and displays materials both archaeological and artistic. The museum has an area of ​​nearly 50,000 m2, attracting 800,000 visitors each year. On the grounds of the museum is a lone building called the Temple of the Book containing documents about the Dead Sea and artifacts found in Masada. The museum also stores many art collections of Israeli artists as well as world famous artists such as Gauguin, Renoir, Van Gogh ...