Launched in Osaka in 1684, Bunraku or Ningyō Jōruri is a traditional Japanese puppet genre that attracts many tourists in addition to the famous Kabuki dance.

Bunraku began as a popular form of entertainment for civilians during the Edo period in Osaka and developed into an art in the late 17th century. This type of puppet theater was recognized by UNESCO as a cultural heritage. Intangible.

Bunraku is recognized by UNESCO as an intangible cultural heritage. Photo: wordpress

Each Bunraku puppet is about half the size of a real person and is controlled by three people: one in charge and two assistants. Bunraku puppets are not controlled by wires. Instead, the operators combined control of the movements of the limbs, eyelids, eyeballs, eyebrows and mouths of puppets, thereby creating gestures. actions, facial expressions like real people. The puppeteers are directly present on the stage but often wear black clothes, to become "invisible" in the eyes of the audience.

Bunraku's theme often rotates classic tragic love stories, legends or stories about heroes based on historical events. When performing, stories are told by a single chorus. This person will voice all of the puppets, so it requires the voice to have diverse expressions and different pitch levels to switch between characters, regardless of old and young. The speed of storytelling will depend on the sound of the shamisen playing accompanying bunraku. It will be an interesting experience to see the puppets moving rhythmically, vividly like real people, matching the story and the sound of the shamisen. 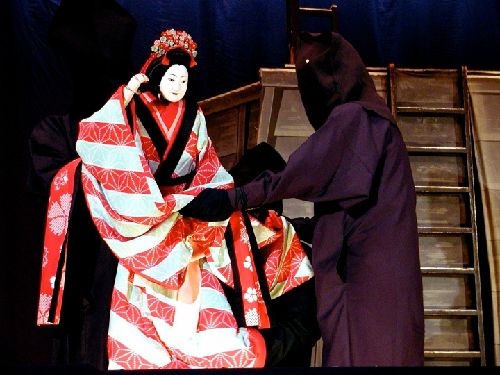 The bunraku puppets are half the size of real people and each of their movements is controlled by three people: one main controller and two assistants. Photo: fotopedia

Today, Bunraku is mostly performed in modern European-style theaters. The one-day show is usually divided into two segments (one in the early afternoon and one in the evening), and each segment is divided into episodes. Tickets are usually sold for each segment of the play, but in some cases they also sell tickets in stages for each segment. The ticket price for watching Bunraku ranges from 1,500 to 6,500 yen (325,000 - 1,410,000 VND).

Here are some places you can enjoy this art:

National Bunraku Theater in Osaka - the birthplace of this art - is the ideal place to enjoy bunraku for foreign visitors. Each year the theater has about 4 plays, each play takes place within 3-6 weeks. There is an English interpreter headset rental service for most plays.

How to get there: Take the Sennichimae or Sakaisuji subway lines to Nipponbashi station and walk a few minutes to the theater. 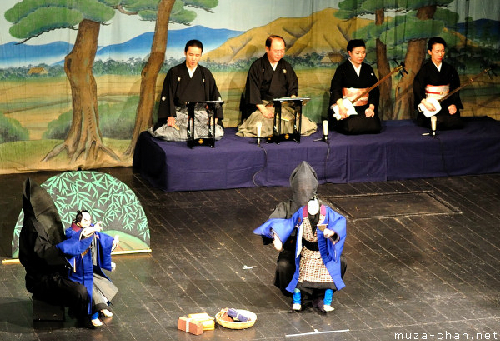