JAPAN - Entering the 2D-Cafe, many people thought that life had just happened and that they were lost in a bowl of exercise. 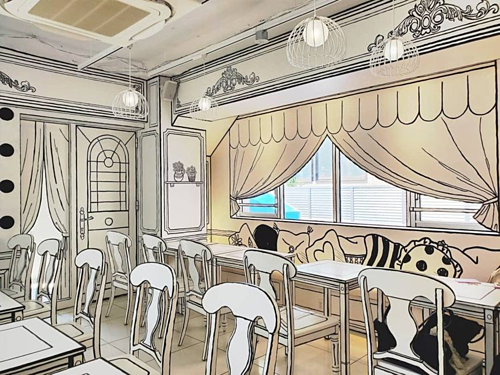 2D-Cafe is located in Shin Obuko, Tokyo, which is becoming one of the most famous cafes in the Japanese capital thanks to its unique and unique layout. Diners coming here will feel like they are stepping into the world of comics. 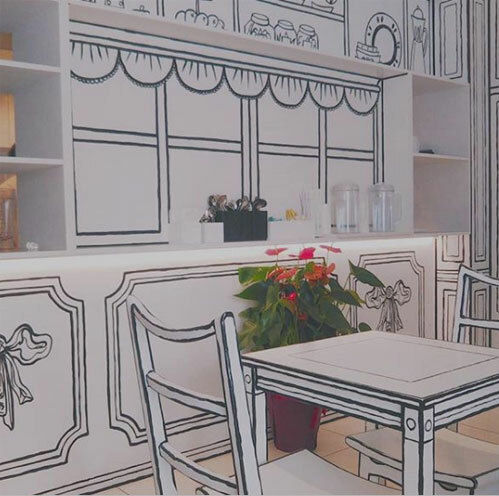 Japanese blogger Nunipo Puniko said when she entered the shop, she felt like she was living in the world of a coloring book. 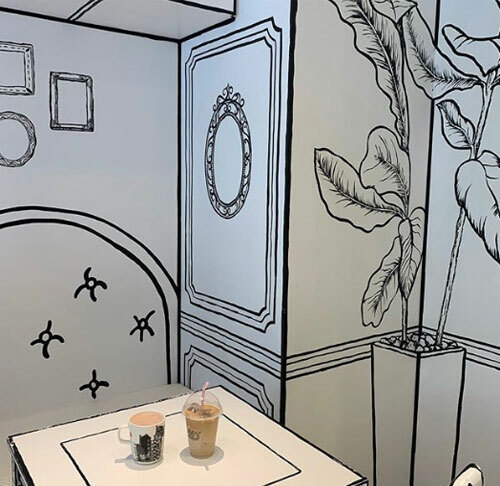 Even after drinking coffee on a chair that looks like it is drawn, not closed, Nunipo still spends most of his time observing here. Without two drinks on the table, many people would be mistaken for a painting. 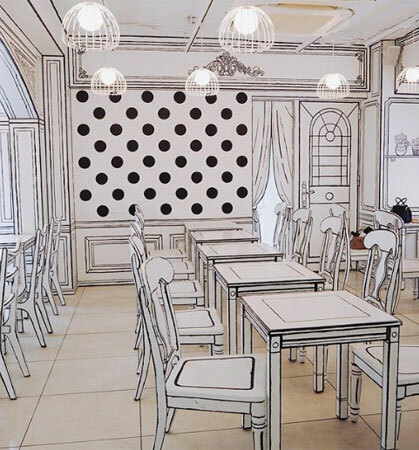 For other diners, 2D Cafe is like a dream for those who like to take photos of "virtual living". Many people first see a picture of a restaurant, thinking it is a drawing, not a real picture. 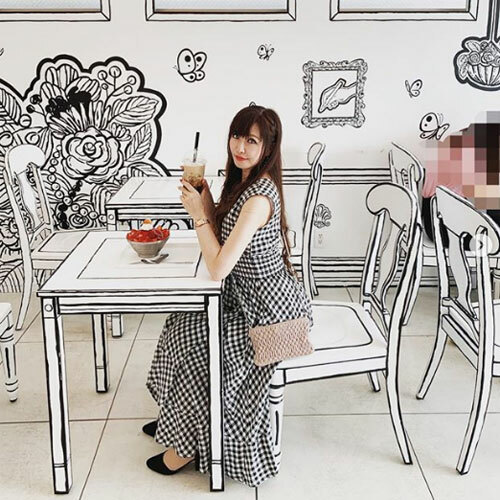 For those who love food, you can still go to the restaurant and enjoy delicious food. The restaurant serves a variety of drinks and desserts, which are considered delicious as strawberries or bananas, black sugar bubble tea ... 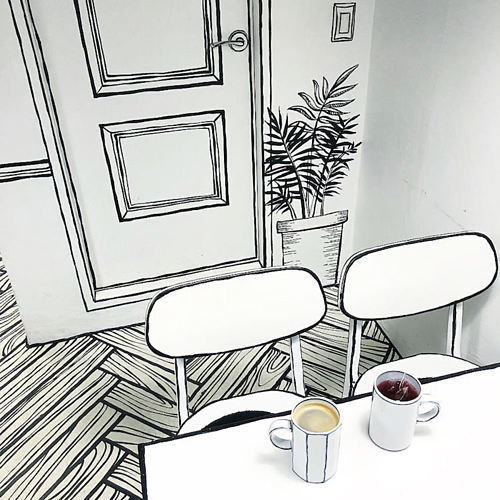 Many travelers say that 2D Cafe is inspired by Yeonnam-dong 239-20 cafe in Seoul, South Korea (photo). However, these two shops are completely different owners and are not related to each other. 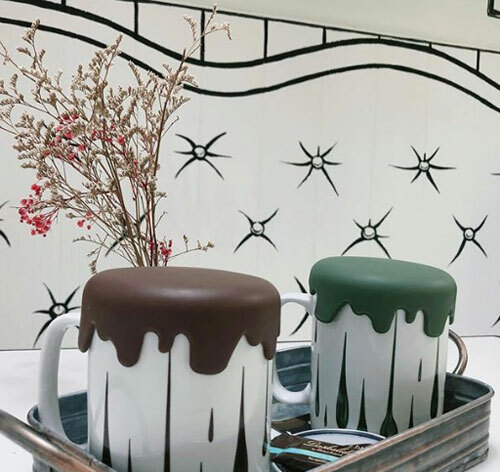 Previously, Yeonnam-dong 239-20 cafe (named after its address) has created a global craze with an interior designed as in animation. 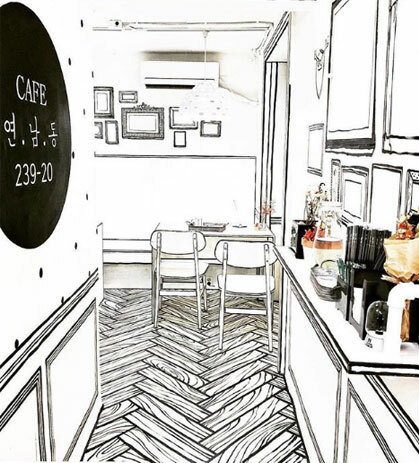 The concept of the restaurant is inspired by the movie W-Two Worlds (Lee World) played by Lee Jong Suk and Han Hyo Joo. This movie is one of the best-selling works of Korean TV 2016.