Emerging from the ground like a giant sinking in quicksand, the hand was like a desperate plea for help.

Arid land, sparse trees, the scenery in the Atacama desert, Northern Chile can make visitors easily associate with Mars when you first visit. This place is recognized by Guinness as the driest desert in the world, with an area of ​​over 100,000 km2. Much of the desert is covered with the red and orange of rocky hills, stretches of sand ...

Therefore, when you drive through this vast desert, sometimes you will lose direction because the four sides are all sand. Many people came to the middle of the desert and saw a stone structure, the shape of a hand rising in the sand was startled. They thought they had an illusion like those in a thirst that saw a vast lake. In fact, this work is completely real. It is called La Mano del Desierto (Hand of the desert), 11 m high, was built in the early 1980s and completed in 1992. 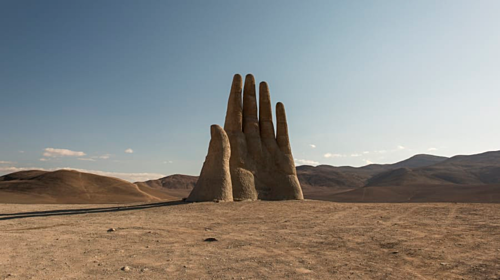 Many people thought they had an illusion when they saw a hand appear in the middle of the Atacama desert. Photo: CNN.

The father of the work was Chilean sculptor Mario Irarrázabal and a local organization funded the capital. Until now, people still do not know the exact meaning of this work, according to CNN.

Some people think that the hand is a reminder of weakness, helplessness before nature. But some people believe that it shows the desire of man, though small in nature, still resists all natural disasters. For many, the upper hand is considered a monument, in memory of the victims of torture and murder during the dictatorship in Chile. Mario wants to portray injustice, loneliness, tragedy and pain when victims of torture. 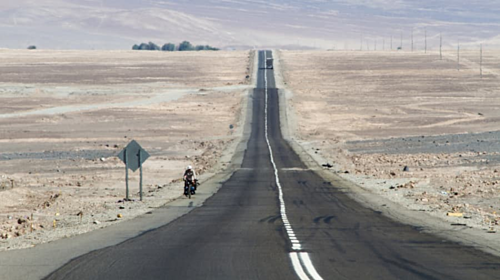 Many people thought this project depicted a lonely hand in the desert. But in fact, Mario created his hands. The other hand was built 10 years before La Mano del Desierto, located in Brava beach, Punta del Este, Uruguay.

However, the more people know the Hand on the Sand, the more it is degraded due to the lack of awareness from visitors. Someone came here to touch the statue, engrave the name, paint graffiti on the building. Although the authorities have urged visitors to consciously protect the work, the local people still have to clean the statue every year.

Atacama is also home to the night sky in the world, according to the Guardian, ideal for watching the galaxy. Millions of visitors have flocked here to participate in this exciting experience. The fine sand dunes also attract sand-loving lovers. 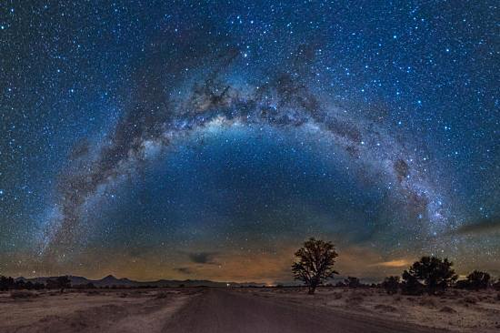 Atacama is one of the most beautiful places to see the galaxy. The world's largest astronomical observatory, the Very Large Telescope, is located here. Photo: All Posters.