Peace of Jerusalem in the Middle East

Israel is mentioned by the world media as a hot spot in the Middle East, where conflicts always occur with neighboring Arab countries. But we feel peaceful throughout the journey to explore this rich country of legend.

Flights from Vietnam to Israel usually take more than 12 hours straight or longer because there is no direct flight. Our first impression is that the airline security procedures for boarding are quite tight. 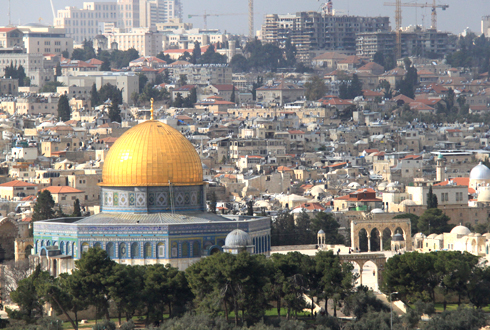 Other popular destinations on the Israel itinerary:

- Bethlehem is the birthplace of Jesus. The city is a pilgrimage site for Christians because it has a Christmas church. Bethlehem is currently a city managed by the Palestinians, but foreign tourists are still here from Israel.

- Dead Sea is the most saline lake on earth, up to 35% of dissolved salt, about 400m low compared to the sea surface. This place is completely enclosed without sea water escaping.

- Sea of ​​Galilee is a freshwater lake below the sea level, with hot and dry views with a quiet environment. This makes this place a favorite for tourists. The Sea of ​​Galilee is often mentioned in the Bible, where Jesus preached and received 4 of the 12 apostles of the Lord.

- Nazareth is the capital of the north of the country and is also the largest Arab city in Israel. Jesus grew up in Nazareth with Our Lady of Mary, making it a place of Christian pilgrimage.

- Tel Aviv is Israel's second most populous city on the Mediterranean coast, suitable for tourists on the beach.

From Hong Kong, Israeli Airlines staff directly ask each passenger why they come to the country with career topics, companions or baggage. Not only that, luggage is required to be unlocked so security can check it when needed.

Immigration into Israel took place quite quickly, instead of stamping the passport, we were issued a moving ticket with a definite time stamp to avoid the hassle of visiting Arab and Muslim countries around the world. .

Israel has an area of ​​about 22,000 km2 and a population of more than 7 million. Jerusalem is the largest city with about one million inhabitants, two-thirds of whom are Jewish and the rest are Arabs. Looking on the map, Israel has a mountainous terrain, surrounded by Muslim countries of Lebanon, Syria, Jordan, Egypt.

Temple Mount with Al Haram church with the golden dome image is a symbol of Jerusalem.

We stop at the ancient city of Jerusalem, the capital with more than 2,000 years of age. This is a sacred land with the convergence of three major religions: Islam, God and Israel with relics from centuries ago.

The whole house is made of ivory stone and looks like a white city in the distance. It is prescribed that houses are built with a uniform white stone and the height is only 2-3 floors. Israeli people strictly abide by this regulation.

Small roads are also paved along the hillsides, towards the ancient city. We lost in the ancient and mysterious mecca when walking through the stones and relics with thousands of years of history. According to archaeological relics, life here existed from 3,000 BC.

The ancient city of Jerusalem also exists many famous monuments worldwide such as the Holy Seplucher church, the summit of Mount Oliu, the path of suffering, the wall of mourning ... The Holy Seplucher Church is believed by Christians to be a place Jesus was nailed to a cross and buried here. Sacred atmosphere embraces this place with each of the respectful pilgrimage lines, contemplating the ceremony in front of the god worship.

Another important tourist destination is Temple Mountain, located southeast of the ancient citadel. This is an important monument of Muslims. Al Haram church with the image of golden dome is the symbol of Jerusalem. Under the yellow ring roof is the strange shape starting stone, where Muslims believe that Muhammad has ascended into the sky. 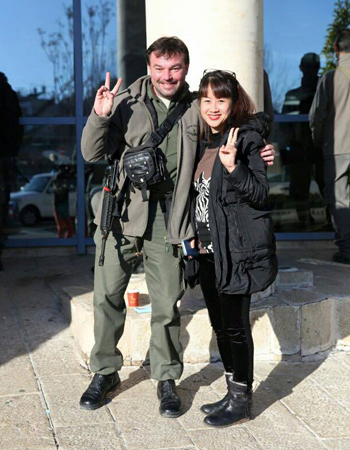 At the Wailing Wall, we meet hundreds of worshipers from all over the world who come here to pray. Jews adore this wall because it is a historical monument and national pride for them.

Safe in the war zone

Despite being considered a conflict hotspot in the Middle East, we did not encounter Israeli soldiers or military equipment on the road. The old streets of Jerusalem are crowded and tourists travel, especially the small Khan Az Zait street which used to be a miserable road - where Jesus wears shackles passing, now a crowded market street with goods .

Occasionally, we meet the security guards of banks and hotels with guns, they happily accepted to take photos with tourists. On the streets, the locals are enthusiastic about giving directions or chatting happily about the situation in their country.

As a daughter-in-law of Israel, Nguyen Huong - the director of a travel company - shared that she had never seen shrapnel and bombs fired on people and tourists. Fighting between Israel and its neighbors sometimes takes place in border areas, so residents and tourists are safe in big cities. 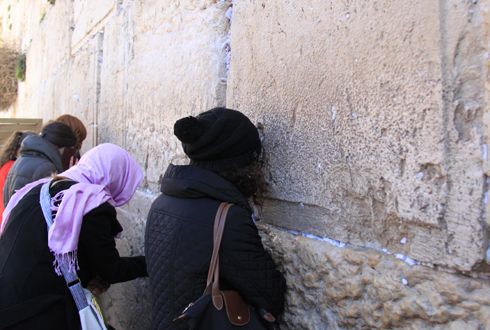 Gun guards are common in Israel, they are friendly to visitors. Photo: Đ.Loan

Huong said that because of living in a war environment, the people of Israel are equipped with the knowledge to ensure their lives. For example, when listening to the alarm, they often enter public tunnels on roads or in houses, if there is no tunnel, they will lie face down on the ground ...

In this country, people are encouraged to give birth because the population is small. Many families, when their children have grown up, have brought their children to the army, they are very proud of their contribution to protecting the country.

On the journey to Israel this time, not to hear the sirens, shells ..., we erased our previous anxiety, no longer thinking this place was a conflict hotspot in the Middle East. Putting in my mind were the friendly Jewish smiles and the "Shalom!" Salute.