The island has more cats than people in Japan

Cat has long been considered a lucky symbol of Japan. Throughout the country there are many cat temples, as well as symbols or lucky gifts with the image of a cat raising a hand. Not only that, Japan has an entire island of cats called Tashirojima in Miyagi Prefecture. Behind the small island where more cats than this resident is a sad story about loneliness. 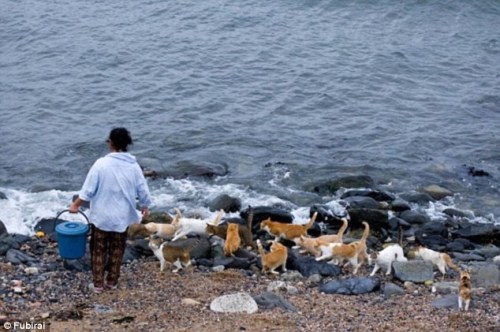 Miyagi is a place that really values ​​cats because there are at least 10 temples and about 51 steles for cats. Tashirojima Island used to have 1,000 inhabitants, but in the past 50 years, the population is fewer than 100, of which more than 50% of the population is elderly.

Photo of cats on Tashirojima island

The islanders are mainly engaged in fishing and silkworm farming on the farm. The first cats were raised on the island with the aim of preventing rats from destroying silkworm farms. The people of Tashirojima love cats very much because they think they will bring much luck and wealth to this place. 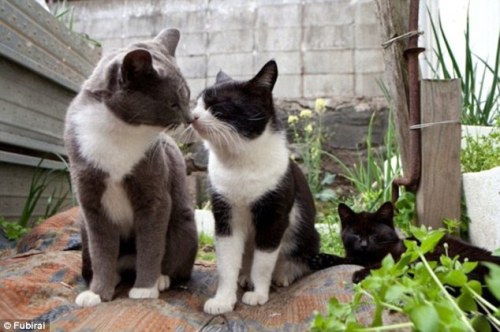 Adorable cats like this are everywhere on the island and are well cared for. Photo: dailymail.

Cats on the island are treated and looked after very carefully. However, they all live freely because according to the people's opinion, keeping "cat god" as pets is not appropriate. Because of this deification, cats here are growing and almost becoming a dominant creature on the island. Meanwhile many people have left the island, making the population decrease.

In the end, these cats also brought a bit of luck to this lonely island for turning this place into an interesting destination for cat lovers. Every year, cat lovers everywhere, especially women who come to the cat island a lot, have helped revitalize and materialize the elderly people on the island.