To stay overnight at the Shanley Hotel in the US, guests need to be at least 16 years old and must sign a waiver. 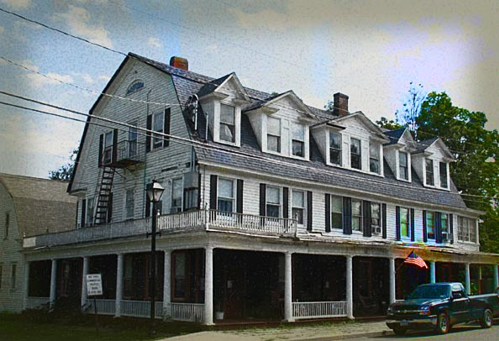 The Shanley Hotel from the outside. Photo: Fright Find.

The Shanley Hotel is located in the quiet Napanoch town of New York, USA, built in 1895 and purchased by James Louis Shanley in 1906. Shanley and his wife, Beatrice, each welcomed famous guests like Thomas Edison and Eleanor Roosevelt, before the tragedy struck.

Beatrice gave birth to three children, all of whom died before turning one year old. In 1911, the hotel's barber - who lived with the Shanley family - lost her young daughter when she wandered to a nearby farm and fell into a well. A few years later, Esther, Beatrice's older sister, died in a hotel due to the flu.

The present owner affirms the soul of Esther, Adrew - the brother of James Shanley and many others still loitering in the hotel. The former owner of the house, Mr. Shanley, died in 1937, also believed to have not left. The hotel's website also introduces a number of deaths due to accidents, missing people and rumors of murders here over the years.

Many of the strange phenomena in the house include hot and cold spots, self-swaying chairs, a clock that rings the wrong time, moved objects or footsteps, Mr. Shanley's whistling, children laughing. giggling, feeling like some invisible person is touching or following the customer. One of the supposedly haunted parts of the hotel is a secret room called Bordello (a brothel) in the basement, where illegal alcohol was sold during the ban. 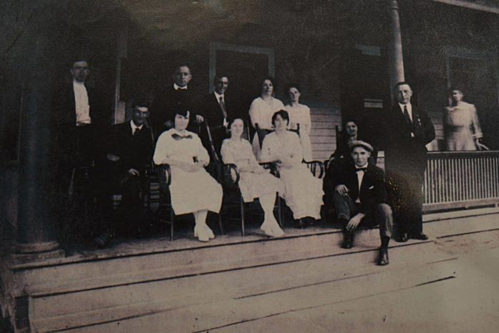 The house passed by many people throughout the 20th century. Sal Nicosa, an old owner, was initially unaware of the rumor of the hotel, until his death in July 2016.

Sal Jr., the son of Nicosa, succeeds his father, continues to operate the Shanley hotel, offers tours, ghost hunting tours and gives visitors the opportunity to learn about the history of this address. You can see "evidence" of haunted stories on the hotel's website. Many amateur ghost hunts have been carried out at the hotel, so far no scientist has confirmed or proved true stories about these mysterious phenomena. 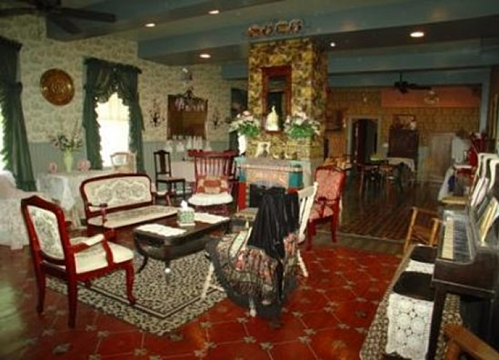 Bordello's room is rumored to be the scariest place in the hotel. Photo: Ocoosaws.

This 35-room hotel only allows people over 16 years of age to sleep, one room costs about 85 USD per night, while the entire hotel rent is 1,200 USD a night. Visitors are required to sign a waiver of all liabilities; no claim and no claim for any damages and expenses incurred, the consequences of which occur directly to yourself during your stay.